There is no question about it. We all want to win and win big. It’s a great feeling coming out on top after a hard fought competition. The reality in life is that losing is inevitable. No baseball team ever went 162-0 in a season. The 1972 Miami Dolphins are unique in the world of sports precisely because they were the only team even to go unbeaten in one season in the NFL.

I won’t address the issue of how a defeat or setback can be transformed into a learning opportunity. That will be the subject of a future post on this blog. I want to focus on how we can learn how to accept defeat with grace. This is definitely not an easy thing, but it’s one of those things that separate the men from the boys.

There is a fascinating story in the Talmud that reflects this idea. Prior to the destruction of the Beis Hamkidash (Temple) in Jerusalem, the Romans imposed a siege around the Holy City. The leading rabbi of that generation, Rabbi Yochanan Ben Zakkai was smuggled out in a coffin after faking his death to the other side of the city walls. Over the objection of a local Jewish militia he wanted to negotiate with the Romans. He met the Roman general and addressed him with great respect. The general was very impressed with the rabbi and asked him what I can do for you!

Let’s stop for a moment there. If you had the opportunity to speak to the military leader of the invading army and he is willing to grant your request, I think it is a no brainer – call off the siege and spare the Holy City and all of its residents of the coming onslaught. Yet, that is not what the rabbi asked for. He asked for three modest requests including that the rabbinic court in Yavneh called the Sanhedrin be spared from the attack. A short time later the Romans invaded Jerusalem destroyed the Temple, killed many of its citizens and exiled the others.

Did Rabbi Yochanan Ben Zakkai miss a golden opportunity? Why didn't he just ask for Jerusalem to be spared? Why not capitalize on the moment?

We learn a powerful lesson from here. Rabbi Yochanan Ben Zakkai was teaching us how to lose with dignity. He knew that the Romans had decided that they were going into destroy Jerusalem. He figured he should salvage whatever he could. He asked for the Sanhedrin in Yavneh to be spared. In retrospect, this turned out to be a brilliant move. The fact that the Sanhedrin survived guaranteed the survival of the Jewish people through Jewish Education.

One of the best parts of watching a football game is watching the losing coach congratulate the winning coach with a handshake or hug after the game.
It is not fun to lose, but losing with dignity and grace can be more meaningful than  a win. 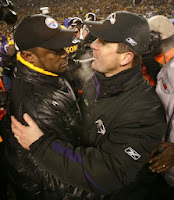 I had been hoping to write my message this week on some reflections of a Purim holiday that was joyous in many different ways. This week is ...